It has been about a month since I last wrote about my new programming-language project, Jiyu, so I’m going to briefly talk about the changes that have happened since.

Libraries and macOS frameworks can now be specified using the declarators library and framework, respectively.

The compiler now looks for module-libraries in the jiyu/modules folder. The folder is located by searching up the directory tree from the executable’s path for a folder named jiyu, then modules is appended to the path. This will likely change as the compiler matures, but it currently makes working with modules easy. There is a new #import directive to reference a module from the scope that the directive is declared in. Since modules are intended to be referenced from many parts of a program, they exist in a scope-bubble of their own and cannot see declarations in the program’s global scope. Due to this, modules must also import other modules that they depend on. 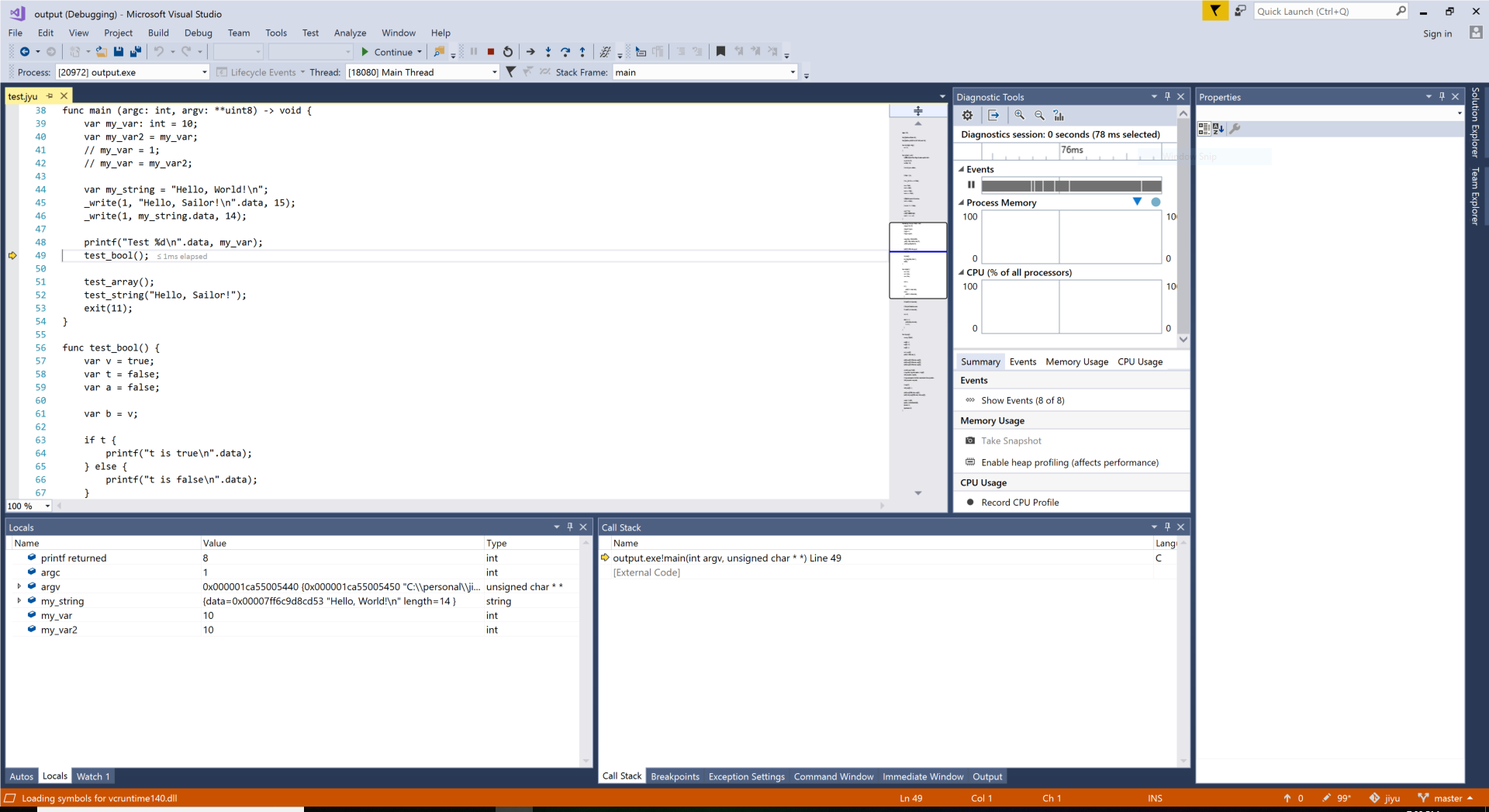 With these few changes, the compiler and language should be a bit more practical to use. I plan to post updates on a monthly basis, granted there’s enough changes, or a big enough change, that’s worth talking about.

The code for the compiler can be found at: jiyu. Pull requests, feature requests, and issue reports are all welcome.